Bora Bora Holidays are amed for its breath-taking natural beauty and luxury resorts, this remarkable isle has become a highly popular tourist destination.

Bora Bora is part of the Society Islands archipelago of French Polynesia. Famed for its breath-taking natural beauty and luxury resorts, this remarkable isle has become a highly popular tourist destination, so much so that tourism is now almost the sole industry in Bora Bora. Served by the Bora Bora Airport on Motu Mute, the island receives 5 or 6 daily Air Tahiti flights from Papeete; the airline provides a free bus shuttle service to Vaitape, the largest settlement on Bora Bora. Once you reach the island there is no public transport but rental bicycles and cars are readily available, or you can hire a two-seater buggy. If you want to explore the lagoon, you can hire a motorboat for the purpose.

The predominant languages spoken on Bora Bora are French and Tahitian, but due to the island’s tourist-driven economy English is also commonly spoken. Most of the attractions on the island are water-based, as the island is surrounded by a pristine lagoon and barrier reef. Inland you will find an extinct volcano which juts into two dramatic peaks, Mount Otemanu and Mount Pahia.

To get up close and personal to the vibrant marine life which inhabits the waters on your Bora Bora holiday head to the Bora Bora Lagoonarium. In this open-air ‘aquarium’ you can interact with turtles, sting-rays and sharks, supervised by a certified diver who will act as your underwater guide. If you are not a fan of diving, the Lagoonarium also offers submarine rides.

Various other aqua-centric activities are available on Bora Bora, ranging from snorkelling and scuba diving to jet-skiing, yachting and kitesurfing. Honeymooners are sure to enjoy a Bora Bora Romantic Tour or perhaps one of the fun-filled Moana Adventure Tours.

Back on land take a jeep tour of the island, which will include the American WWII ruins, and savour some truly spectacular views. The island also has hiking and climbing trails if you would prefer to take in its beauty on foot.

Due to its tropical climate the best time to visit Bora Bora is during the drier months of winter, between June and November, when it will be less hot and humid. However this is the island’s peak tourist season, so prices are likely to be higher during this period. If you are on a budget, or want to visit when the isle is a little quieter, it may be an idea to schedule your trip during the wetter months of summer.

Bora Bora is 10 hours behind the United Kingdom. The official currency of this island nation is the French Pacific franc (CPF), as Bora Bora is an Overseas Territory of France. 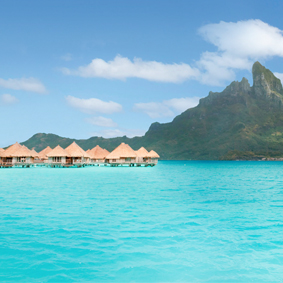 Perfect for a romantic honeymoon, couple’s getaway or adventurous family holiday, the St Regis Bora Bora boasts an impressive selection of 5 star facilities which range from a Clarins spa on its own private island. 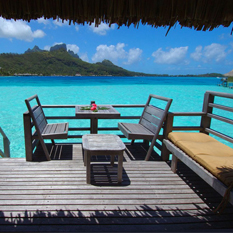 When you opt to spend your Bora Bora holiday at the Intercontinental Le Moana you get to wake up each day to a breathtaking prospect of soft, sugar-white sand and sparkling azure lagoon. With its traditional Polynesian thatched bungalows and suites and its top-notch restaurants, this luxury hotel is sure to make you feel right at home – a sensation further enhanced by the friendliness and warmth of hotel staff. 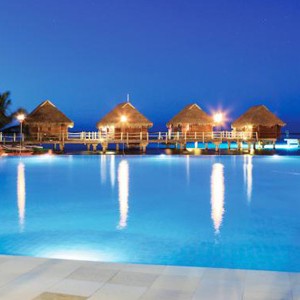 Located on Motu Tevairaora, overlooking Mount Otemanu, this idyllic Polynesian island retreat is a stunning collection of all of the most popular exotic clichés, with its sands as soft and white as sugar, the sea a shimmering cerulean and palm fronds gently waving in the breeze. 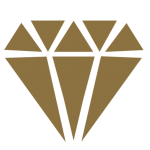 This premier 5 star hotel allows you to experience pure unadulterated bliss, from the moment you awake to stunning vistas of sun, sea and sugar-white shore, to the moment when dusk falls over the world and you end the day with a romantic candlelit meal on the beach. 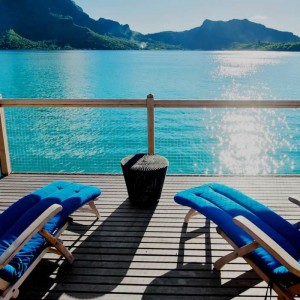 Only accessible by boat, Le Meridien Bora Bora is truly a little world of its own; a tranquil slice of paradise surrounded by some of the most spectacular scenery in the world and offering easy access to the bounties of Bora Bora. 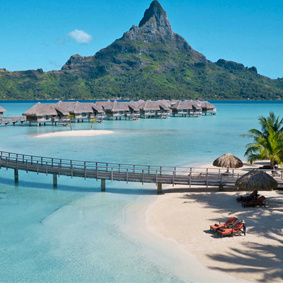 The summer months for the islands of Bora Bora is typically from December to the end of March, however this is classed as the wet season in Bora Bora due to higher rainfall than average and temperatures are a lot more humid. If you are planning to go during the summer months you may well get a cheaper rate but we advise you to have a read up about monsoon season before you make that choice due to the seasons unpredictable weather.

Bora Bora’s winter has much more respectable weather, which occurs in the months of June through to October,  where the temperature is lower but so is the rainfall. The slightly lower temperature is still sublime weather, but ultimately more comfortable with days of sunshine and blue skies to be absorbed.