Be captivated by the world’s most populous nation steeped in history, contrasted by buzzing high-rise cities and cultural diversity.

The People’s Republic of China is the world’s most populous nation and one of the biggest in terms of land mass. While sometimes viewed as a uniform country, China is exceedingly diverse in everything from its landscape to its traditions, cuisine and culture. An impressive 56 different ethnic groups are officially recognised by the state, with a staggering 292 languages known to be spoken across the 22 provinces and various autonomous regions. Beijing is the bustling capital and the country’s political hub, while Shanghai is a popular cosmopolitan city and the nation’s financial heart.

China is a place of vibrant history, of cultural diversity, of thriving cities and lush countryside. In addition to well-known attractions such as the Great Wall and the Imperial Palace, there’s an array of hidden delights just waiting to be discovered. Land in either Beijing or Shanghai for a few days of vibrant city life, then venture out to explore the lesser known regions of this captivating place.

Shaanxi provinces lies to the southwest of Beijing and can be reached from the capital via a 12-hour train journey. This region is popular among tourists for everything from its exquisite cuisine to its rich cultural history, though most come here to see the fascinating city of Xi’an. Xi’an is one of China’s oldest cities and is home to the stately Terracotta Army, a collection of incredible funerary sculptures dating back to around 210 BC. In addition to this awe-inspiring sight, Xi’an is also where the famed Silk Road begins, making it a melting pot of flavours, styles and cultural influences from right across Asia.

For soul-stirring scenery, head to Guangxi in China’s mountainous south. Here, you’ll find the provincial capital of Guilin, a city whose name translates as ‘forest of sweet osmanthus’. The fragrance of this flower permeates the place and beautifully decorates the already impressive landscape. Float along the Li River on a bamboo raft or opt for a more refined river cruise to take in the stunning views in style.

The province of Yunnan is one of China’s most diverse, with numerous thriving ethnic groups and a landscape that varies from sweeping snow-capped mountains to glittering lakes and wide open plains. Bordered by Laos, Myanmar and Vietnam, this province is inevitably influenced by a variety of cultures. Head to the capital city of Kunming for clean air, Asian-fusion cuisine, landmarks such as the Yunnan Provincial Museum and beautifully verdant Cuihu Park.

Xinjiang is slowly gaining popularity as a tourist destination and for good reason. Located in China’s far west, it is the country’s largest province and home to the country’s Muslim Uyghur population, offering visitors the chance to connect with a different side of China. Capital city Ürümqi is a thriving urban metropolis with enticing attractions such as the Xinjiang Silk Road Museum and Xinjiang International Grand Bazaar where you’ll find everything from ancient Islamic architecture to uniquely exotic street food.

What is the currency in China?

What language is spoken in China?

There are 292 existing languages spoken in China; the most common languages are Mandarin and Cantonese

How long does it take to fly to China?

What is the time difference in China?

Beijing is 8 hours ahead of London

When is the best time of year to visit China?

Do I need a visa for China?

UK citizens must obtain a visa to enter mainland China; each visa grants a maximum 15-day stay. For entry requirements and up to date advice, visit the FCO website here.

Considered to be the third largest country in the world, there’s no doubt about it that China is massive, with diverse landscapes from desert to mountains, to grassland and rainforest. China has many climatic zones, to narrow it down, there are four sections. The north is the temperature zone and the south is the subtropical zone while central china is a warm temperature zone and the west is plateau climate zone. Popular destinations such as Shanghai, Beijing, Guangdong, Chengdu and Xian are situated in the warm temperature and subtropical zones, which can vary from each destination. Subtropical weather consists of long, hot winters and short, mild winters. Monsoon rain falls between May – October although it is quite wet all year round. 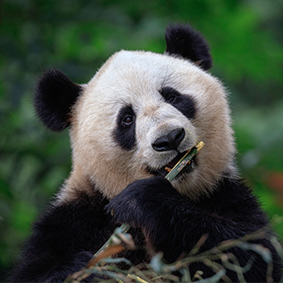 The giant panda is one…
View Details
View 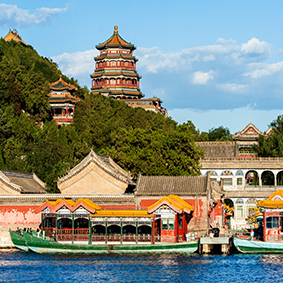