‘I left my heart in San Francisco’ croon the song lyrics, and once you pay a visit to this vibrant Californian city you’ll soon discover that such a thing is easy to do. San Francisco is a holiday destination that truly offers something for everyone, whether you’re a history buff, a foodie, a family on a fun-filled vacation, or a fan of riotous nightlife. The city is packed with things to see, do and experience; the hardest part of your trip here will be deciding what to add to your itinerary and what will have to wait until next time.

Among San Francisco’s most famous historic and cultural attractions are Union Square, Fisherman’s Wharf, the iconic edifice of the Golden Gate Bridge and the spectacular 1930’s Coit Memorial Tower. It is also home to the War Memorial Opera House, which was erected in the majestic Beaux Arts style and is the location of America’s second biggest opera company. Each of these sites is well worth visiting, but San Francisco is also home to many other cultural treasures.

Art aficionados will relish the chance to visit the renowned San Francisco Museum of Modern Art, which was reopened after extensive renovations this year, and the Palace of the Legion of Honor, which is home to an assortment of mostly European artworks and antiquities. Meanwhile visitors who are fond of theatre will be spoilt for choice by the various venues peppered across the city, such as the not-for-profit American Conservatory Theatre and the San Francisco Mime Troupe.

Of course the city’s arguably most famous attraction is one with a grim history: Alcatraz. Once dubbed the Isle of the Pelicans by a Spanish lieutenant it quickly became synonymous with discord and brutality, transformed into a holding pen for US war criminals and Native American scouts. Over time it became a maximum-security penitentiary but has also been a battleground between federal authorities and Native American activists. These days you can tour the cell blocks, both by night and by day, and listen to first-hand accounts of life in the prison; but you can also enjoy the more savoury thrill of spotting the island’s rare fauna.

Back in mainland San Francisco, make sure you devote plenty of time to seeking out the city’s many world-class wining and dining venues. A plethora of global cuisines can be savoured in San Francisco, ranging from American classics to authentic Italian fare and super-spicy Szechuan dishes.

After dinner, it’s time to don your glad rags and paint the town red. Every district in the city boasts a buzzing nightlife with its own unique flavour, so whether you have a penchant for grungy dive bars, electronic music clubs, hip hop lounges or hipster watering holes you’re sure to find the right venue for you. San Francisco is known for its LGBT scene, so there are an abundance of gay-friendly clubs and bars to be found all over the city.

What is the currency in San Francisco?

The currency is the American dollar (US$).

How long does it take to fly to San Francisco?

A direct flight from London to San Francisco is approximately 10 hours 30 minutes in length.

What is the time difference in San Francisco?

San Francisco is UTC – 7, so is currently 8 hours behind the UK.

When is the best time to visit San Francisco?

September, October and early November is the ideal period during which to visit San Francisco as the days are hot and sunny, there is no fog, little rain, and the nights are mild and pleasant.

What language is spoken in San Francisco?

The most commonly spoken languages in San Francisco are English, Spanish, Tagalog, Chinese and Vietnamese, but over a hundred languages are spoken in the city overall. 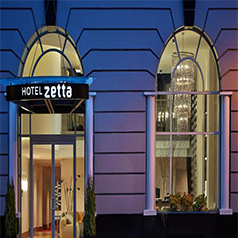 If you are keen to experience the vibrant and dynamic pulse of life on the streets of San Francisco, while simultaneously enjoying luxury accommodation and outstanding service, then Hotel Zetta San Francisco is the place for you. 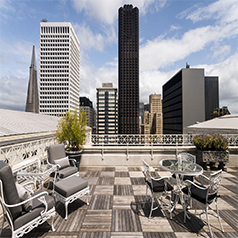 A mesmerizing combination of history, luxury and comfort, The Ritz Carlton San Francisco is an iconic Nob Hill hotel that promises some of the finest 5 star accommodation in the city. 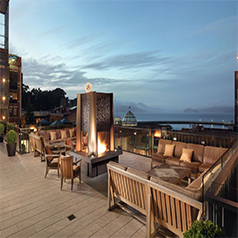 Discerning travelers who value a winning combination of home comforts and unrivalled service should consider this 5 star boutique hotel as their San Francisco accommodation of choice. 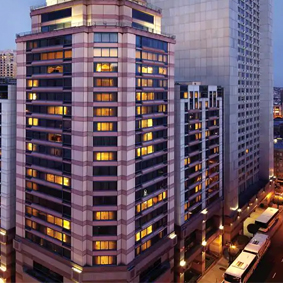 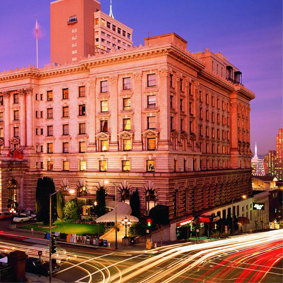