Idyllically located in the heart of Europe, Switzerland will mesmerise the senses with its diverse natural landscapes, rich cultural history, world famous chocolate, adrenalin fuelled alpine sports and scientific innovation. Within a country that speaks four languages and where the quality of life is unrivalled, Switzerland is like no other country. For those budding linguists, this is a chance to brush up on your French, German, Italian, and even Romansh. Whether it’s an adrenalin fuelled ski holiday that you’re after, or a more culture loaded luxury Europe holiday, there is something for everyone.

Known for its pristine, fairy-tale like snow-capped Alpine mountains, much of Switzerland’s Alpine symbolism has shaped the country’s history and national identity. Switzerland was after all, where the bobsleigh was invented and where the first Ski World Championships were held back in 1931. For those looking to challenge the slopes of the Swiss Alps, a visit wouldn’t be complete without a trip to the world famous Matterhorn, the Eiger and the Jungfrau. The best time for ski holidays to Switzerland are during the winter months, where these world famous mountainous regions transform into a winter wonderland; whether you want to ski, snowboard or partake in a mountaineering expedition. Families that want to visit the Matterhorn on foot, should jump aboard the Gornergrat, which is an Alpine railway line enabling you to take in the wondrous panorama of this world famous alpine landscape. With 4 stops along the way, families can stop and hike at each station.

The Summer however is also a great time for sports enthusiasts to visit, Interlaken is a mecca for all adrenalin enthusiasts where the list of indoor and outdoor activities on offer is endless, from skydiving, hiking, white water rafting in the blanket of the Bernese Alps, to canyoning between Brienz and Thun Lake. Interlaken is also a great place for families to take part in cycling tours through the valley of 72 waterfalls in Lauterbrunnen, which was the inspiration behind J.R.R Tolkien‘s Elvien realm, Rivendell.

If you are looking for sweet indulgence, then why not join the funky chocolate club in Interlaken where visitors of all ages can shop for the iconic Swiss chocolate, savour the chocolate fondue and take part in a chocolate workshop and make their very own treats to take home. As one of the largest consumers of chocolate, no Swiss experience would be complete without this.

To savour some of Switzerland’s rich cultural heritage, spend a few days exploring cities such as Geneva and Zurich. Both adults and children will be spoilt for choice in these continental hubs. Jump aboard the fondue tram or river motorboat to take in the highlights of Zurich’s old and new districts, or travel through Swiss history from the 18th through to the 20th Century at Zurich’s Swiss National Museum. Opt to visit Geneva, Switzerland’s second most popular city and home to around twenty international organisations including, the Palace of Nations, the Red Cross Museum, and CERN, the largest particle physics lab in the world, and also the birthplace for the worldwide web. Also known as the ‘City of Parks’ for its green spaces, take an opportunity to lounge in one of its many parks in the warmer months.

What is the currency?

How long does it take to fly to Switzerland?

A direct flight from London to Switzerland takes around 1 hour 28 minutes. Direct flight can also be taken from Birmingham, with a flight time of around 2 hours.

What is the time difference in Switzerland?

Switzerland is 1 hour ahead of the UK.

What is the best time to visit Switzerland?

Do you need a visa for Switzerland?

If you are a British citizen or British subject with the right of abode in the UK, you do not require a visa to enter Switzerland, however your passport must be valid for at least 6 months. Other British Passport holders should check entry requirements with the nearest Swiss diplomatic mission.

What languages are spoken in Switzerland? 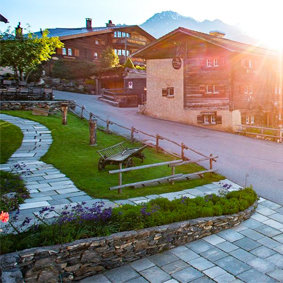 Located beside a ski resort. 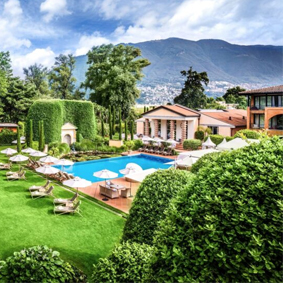 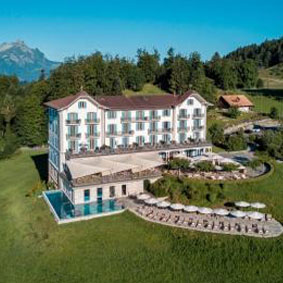 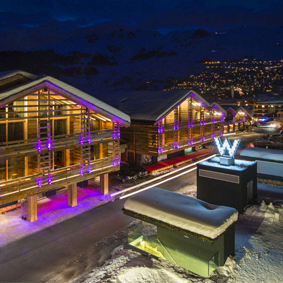 The iconic W Hotel known for its unrivalled quality, style and service takes luxury to elevated heights within its luxury ski resort nestled in the stunning Swiss Alps. 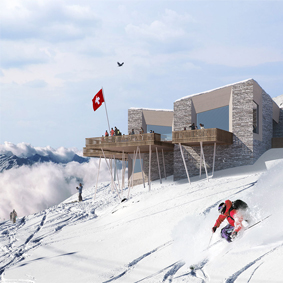 Stay at this five-star hotel in the Swiss Alps to enjoy elegant suites, dining at gourmet restaurants and an impressive…

Weather across the country is very varied according to the altitude elevations.